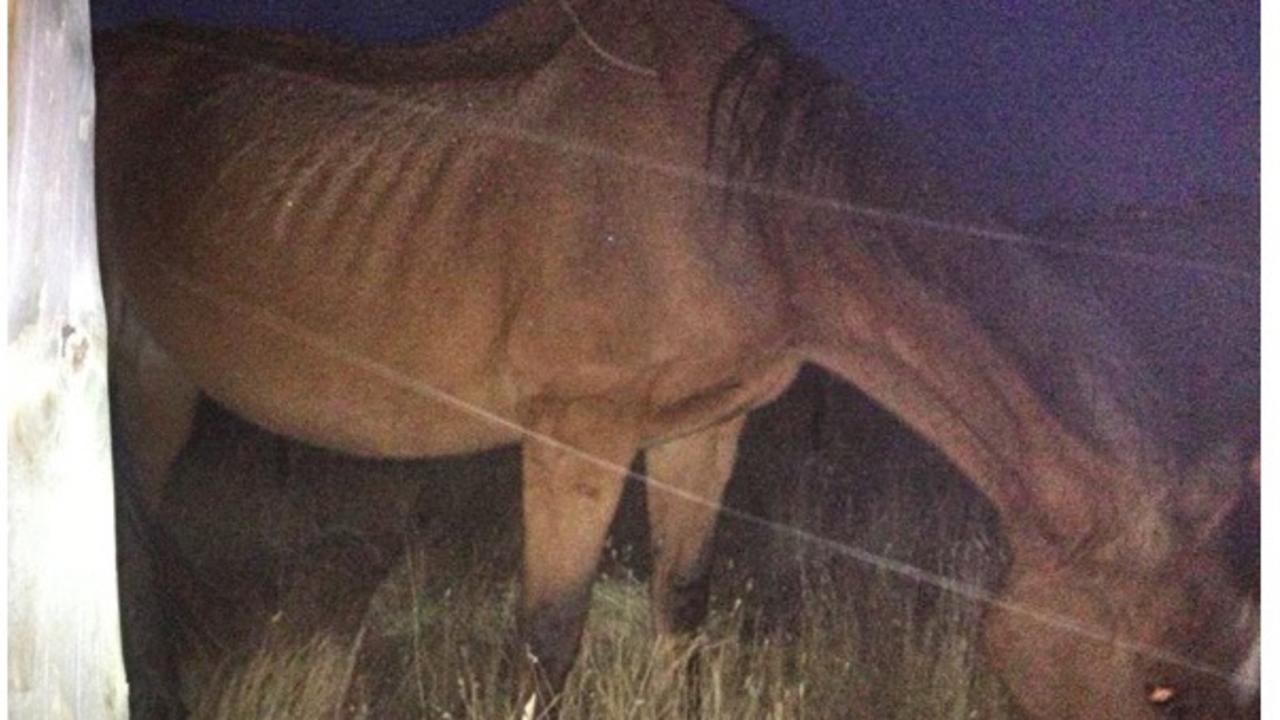 I moved to a small acreage in a new community. Being a compulsive observer and a perpetual student of the horse, I looked for her patterns of behaviour as I had to drive by her several times a day.

She appeared to be grazing regularly, I saw her at the ‘water hole’ and she was gaining weight up until late August, early September, where she leveled off and held her less than ideal weight.  A condition score of 2 - 2.5.  Then in late September she began to lose weight again.  She dropped weight quickly and I wondered if the owners even noticed.  I was hoping they did, but as the fall progressed and my horses started to get supplemented with hay, she was getting nothing that I saw.  I think they thought ‘there is lot’s of grass’.  The trouble was that she was not eating /grazing on the grass. The grass was of questionable types and far too mature with weeds taking over by mid summer.

I stopped in a few times, but no one was ever home.  Never saw anyone there.  I asked around and heard that this mare was well known in the neighborhood and was in her 30’s.  There were many complaints over the past decade or more on her to the SPCA and the police because of her weight.  Apparently dropped dramatically about 6 or 7 years ago when her pony companion died in the field.  No one came for days.

No charges were laid but people had tried to help her and to get the man who owned her forced to feed her.  There have been several neighbors that had thrown her hay and hard senior feed in the past and who also reported they were threatened with law suits if they continued.   The law failed her.  The Animal protection act failed her.  She slowly declined.

Have I failed her too?  I struggled with what to do...what could I do, should I have done?   By August her coat started to fade, she started to stand much more often not grazing much, if at all.  She stood for companionship against a solid wind wall that held horses on the other side.

I wondered how this had gone on so long?  In the court system, neighbors angry and lots of ‘hate’ directed towards the owner. I wondered if somehow he just didn’t know and was much too proud to admit it.  I wondered if I could somehow talk to him and show him my book and help.  I never seen an opportunity to do so and people told me to just stay out of it!  Volatile person with a gun! 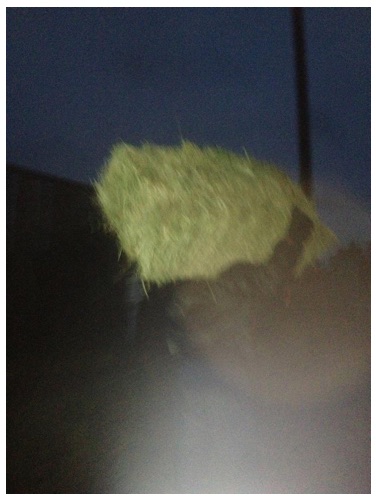 hen we had our first real cold and miserable night.  It was rainy, slushy, snowy with a wet cold wind blowing.  I drove by her and she was not eating... I drove by several times during the day but the storm was worse and not eating but this time she was pacing the fence and visibly shivering even as I drove by at 80km/hr I could see this.  I went home and got a bale and my son and I delivered it to her from the road.

There was no one home.

I posted pictures on Facebook and told that story.  Some people said good for you and others said leave it well enough alone.  None of your business and you could hurt her if she is on a special diet?   So many mixed opinions of the law and the welfare and ownership of the animal.  Do not interfere... ?

This bale of hay lasted a couple more days and then it appeared that she was eating out of a bucket when I was doing my drive bys.  It appeared to be cubes, and I just hoped that they had soaked them first!  Being an old horse, and skinny,  it’s obvious that her teeth are not good or possibly even present any more.  Some old horses need a mash to survive, I would suspect that to be true for her. I hope they loaded the nutrients to her.

...Time passes ... She still seemed to be dropping weight and her coat changed color from bay to super washed out ‘blonde’ with lack of luster...but it did get long and ‘poofy‘ looking.  I was impressed that she put out such a coat on little to no care.

I felt for her, and secretly hoped she would fall asleep and not wake up...pass peacefully, with grace and dignity.   Still saw her eating at buckets...At least she wasn’t sent for slaughter, I would tell myself. Maybe they just don’t know.  I dropped in a few more times but there was never anyone home, and the few times I had seen a human on the property, I had previous commitments and couldn’t stop.    I asked around more and heard stuff like don’t even bother, the guy will run you off with a gun. The SPCA has  him on the course list.  Has for the past 7 or 8 years!?

There was domestic violence in there, and too much personal stuff to get into but the poor horse was left alone in a ‘natural’ solitary confinement...fed a small ration and that’s that.  The rest of the time she stood by the wall where the horses on the other side were.  I continued to send her love daily as I drove past and watched her cope throughout the winter.  I marveled at her strength and my heart hurt for her spirit.  I wanted to steel her!   I noticed more hay over the fence by a neighbor and more hay thrown over from the road by others concerned for her.

That brings us to the Ides of March.

I drove pass number one in the morning taking my kids to school.  She was laying down in the field near the road.  Weird.  Never seen her lay down.  It was cold and snowy.   We all said, oh no, she is dying.  I dropped the kids off and drove past again, she was flat out in another part of the field along the road.  My heart skipped a beat and I thought OMG, she is dead.   I turned around where I could and no, she was up at the wall this time and pawing and going down.  Colic I thought.

I drove in the yard, no one home.  Went to the neighbors who had been throwing her hay and we went together to help her.  She got up and we walked about a bit.  I had the rope around her neck as the halter didn’t fit, it was far too small. 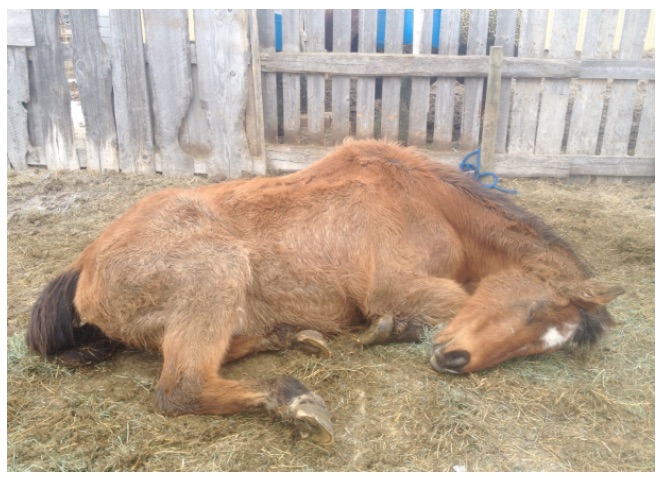 Around her feeding area of buckets there was a ton of cubes thrown about and they looked old.  There was a tire feeder filled with old moldy hay and a bunch of old cubes.  Nothing she should be eating.  I felt her weak, and I didn’t want to walk her any more, she was telling me she wanted to go back to the wall.  I took her and she laid down there. She never really recovered. 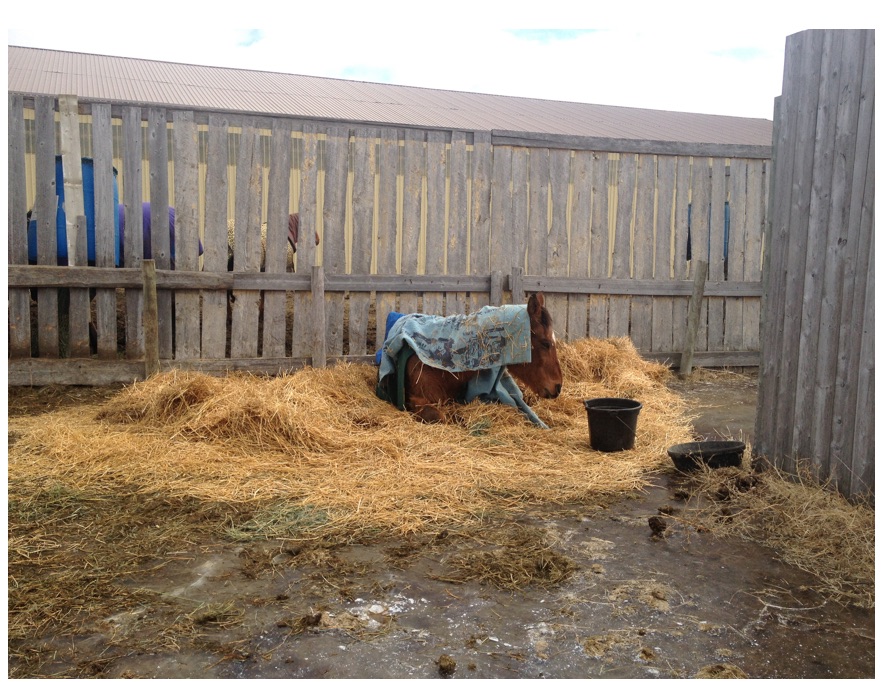 Let’s just say the day was filled with wait for her.  The owner out of the country, the people on the phones trying to get permission to act for her etc... a mess.  I had never seen so many people with her, she was surrounded.  Peace Officer, Vet, neighbors, and strangers, and ex ‘grandparents‘ to her.  Suggestions were made to get her into the barn, and I said she wouldnt make it and if she did she would not be happy.  Can we bring her straw and blankets?

I stayed with her most of the day and had my hands on her for her passing when the vet injected her, after a long day of waiting.  I sent her peace.  She was buried the next day right where she laid, along the wall where she was ‘with’ other horses.   Her name was Dancer and she was 32 years old.

What a trooper and a great spirit.  A fighter for life.  She will not be forgotten.  I still look for her and think of her when I drive by.

Everyone that I met this day, who finally came to see her because she was dying,  commented on how horrible her feet looked.   My 11 year old daughter was with me at one point commented ‘they don’t look too bad to me, just need a good trim and clean up’.

The feet, by all standards were ‘neglected’.  They were not regularly trimmed and probably haven’t been trimmed for years according to some.  They were left to break off for themselves.  To self trim.  I took a few pictures of them while I was waiting with her on her fate.

The fronts needed some help, but under it all there is a potential for a ‘good’ foot. 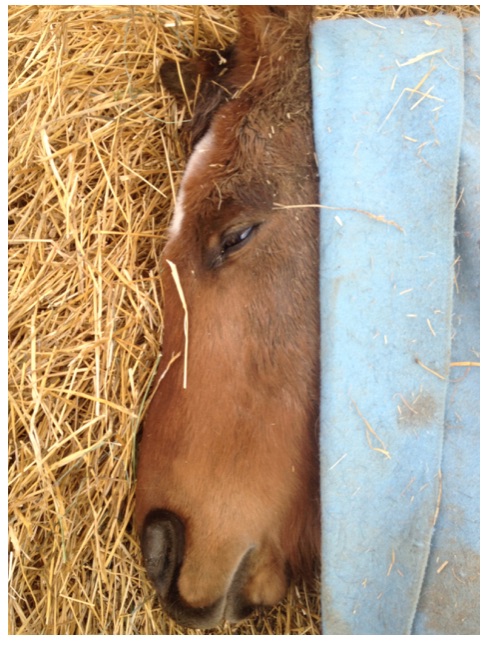 What she needed was companionship, TLC and attention.  She was stoic and amazing and now she rests in Peace!

Please care for your older horses.  They served their time.   Love them until the end.  I did with my Beta.  He was with me when he was 4 months old to almost 34 years old.

If you have an aged horse.  Go give them a hug and tell them you love and appreciate them. 💕 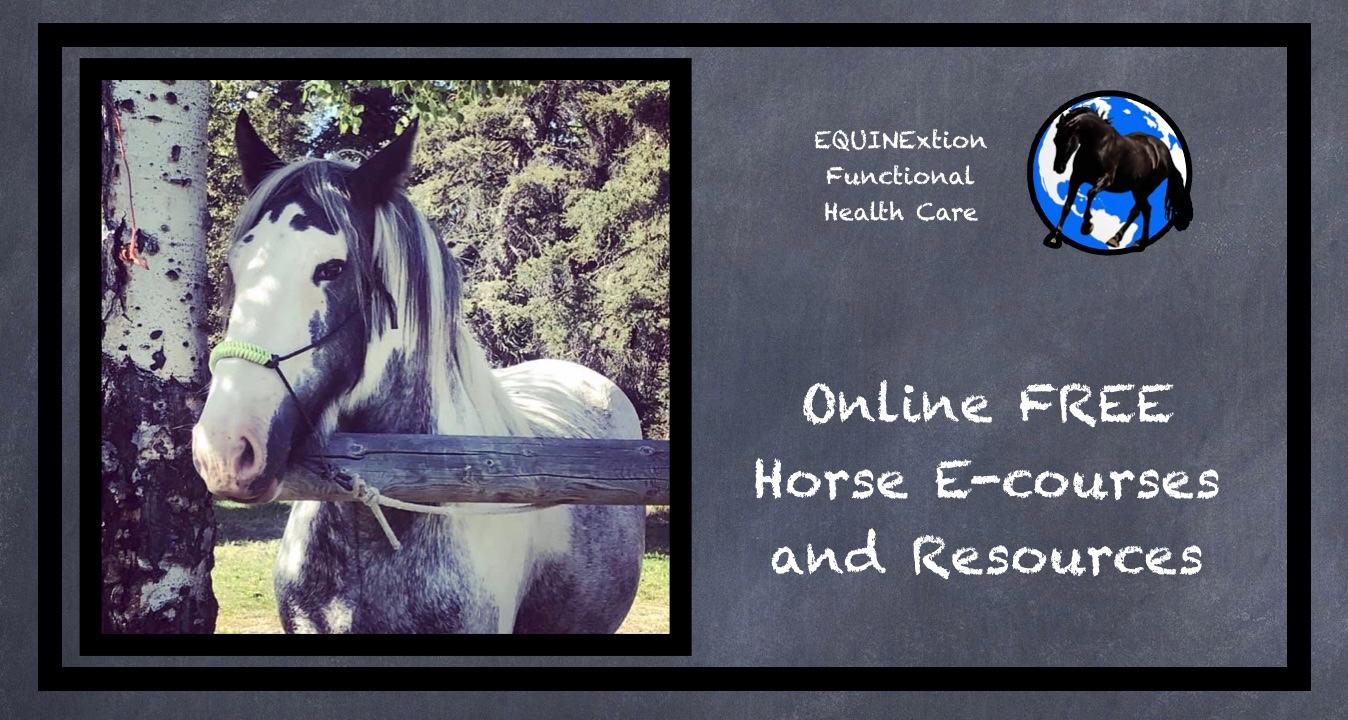 Join the EQ site and build your library of resources starting with our FREE introductory classes. 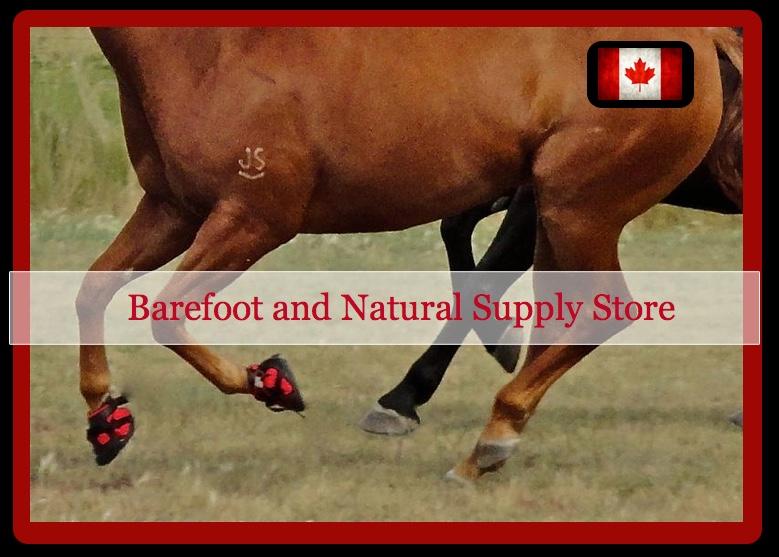 Do you want to be notified about new posts, events, and course updates? 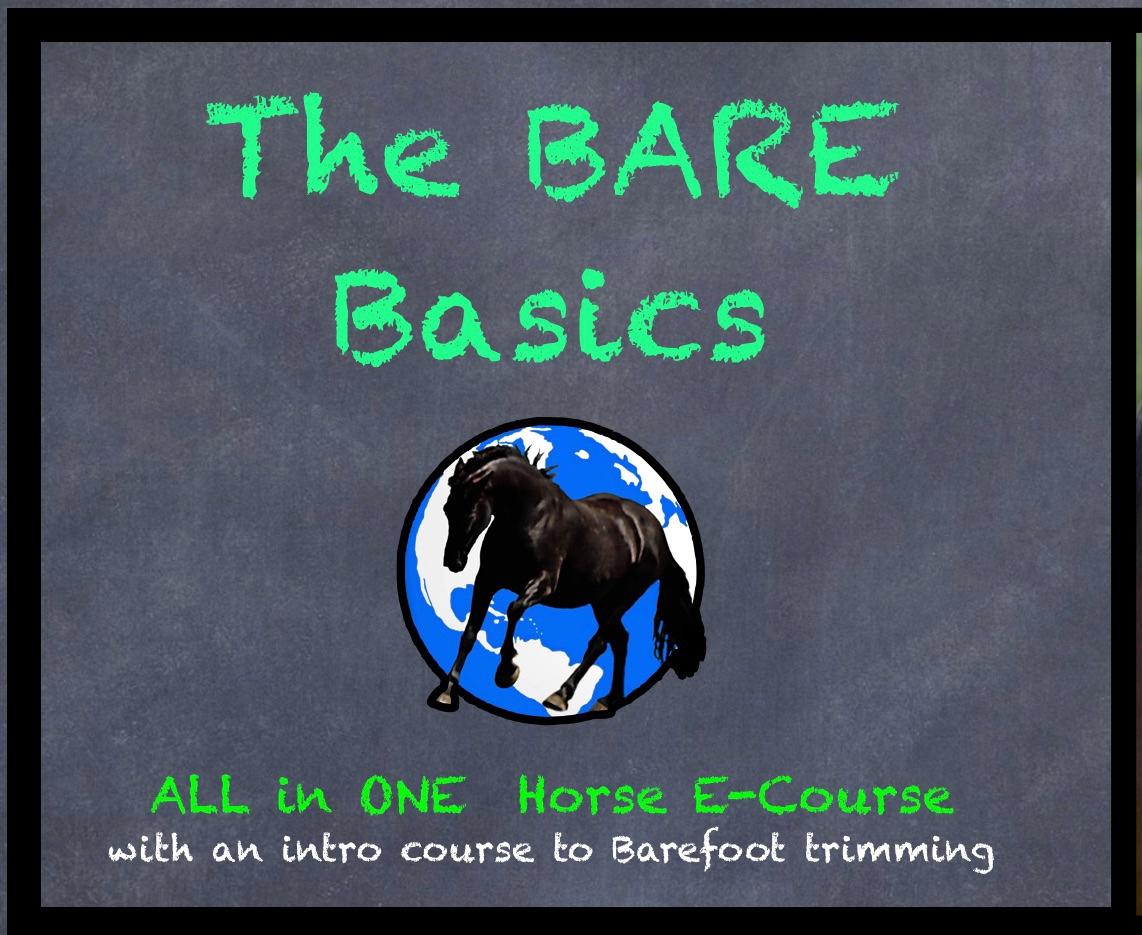 EVERY HORSE OWNER NEEDS THIS COURSE!

Learn the key building blocks of ALL hoof and functional health of the horse. 👇🏼

Learn ALL the basics HERE 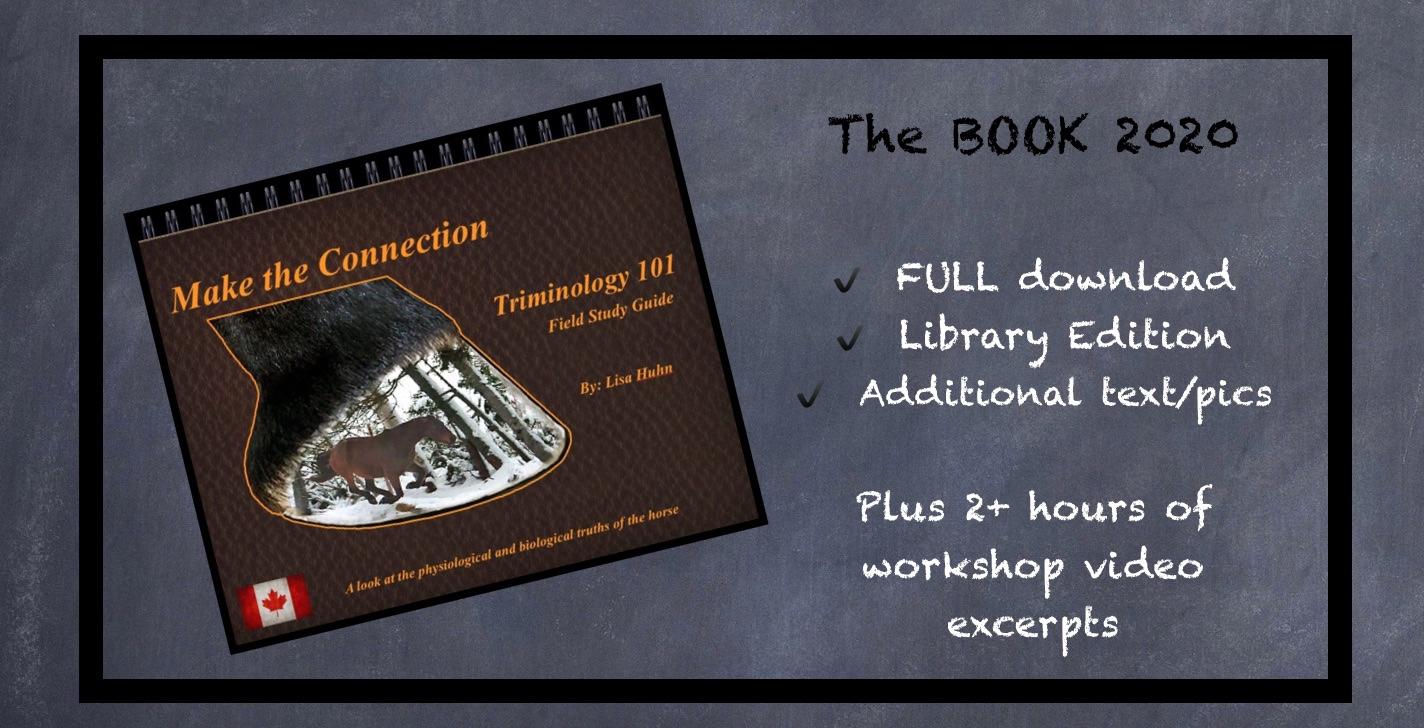 Sit back, relax and watch!

Learn to Discern between the good, the bad and the ugly in the health of the foot and how and why that matters!

Take me to Hoof L👀ker 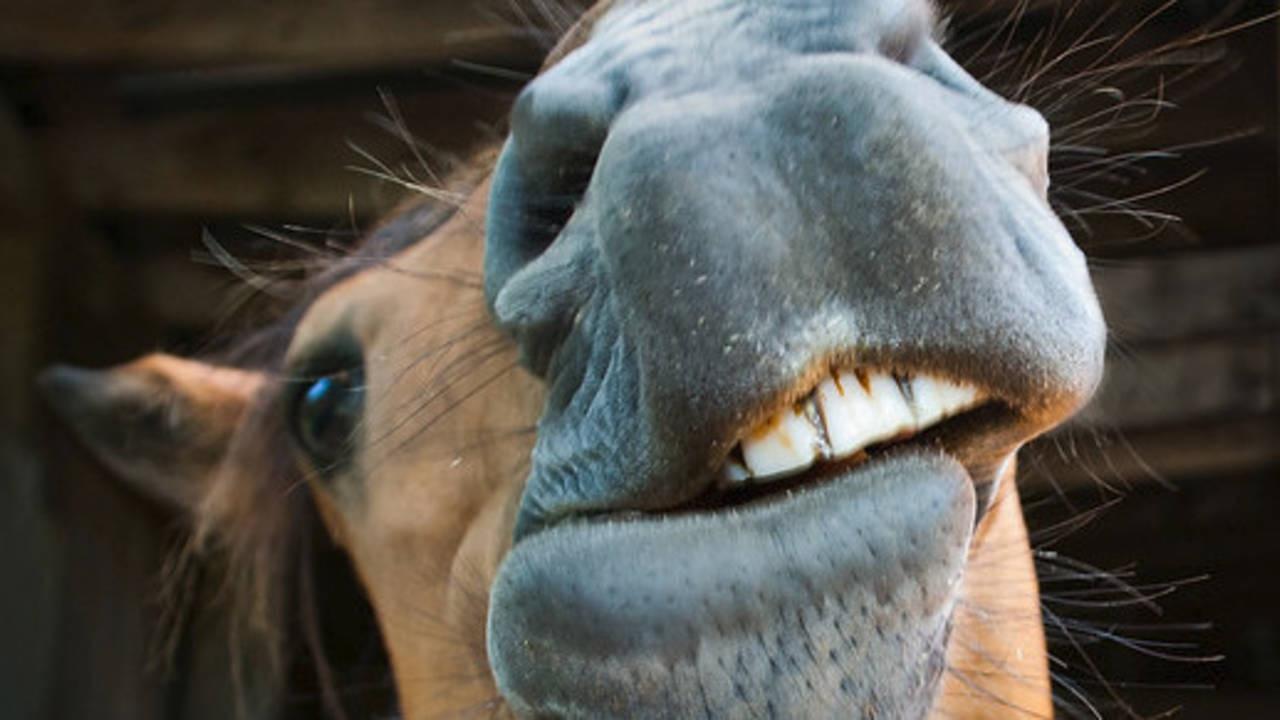